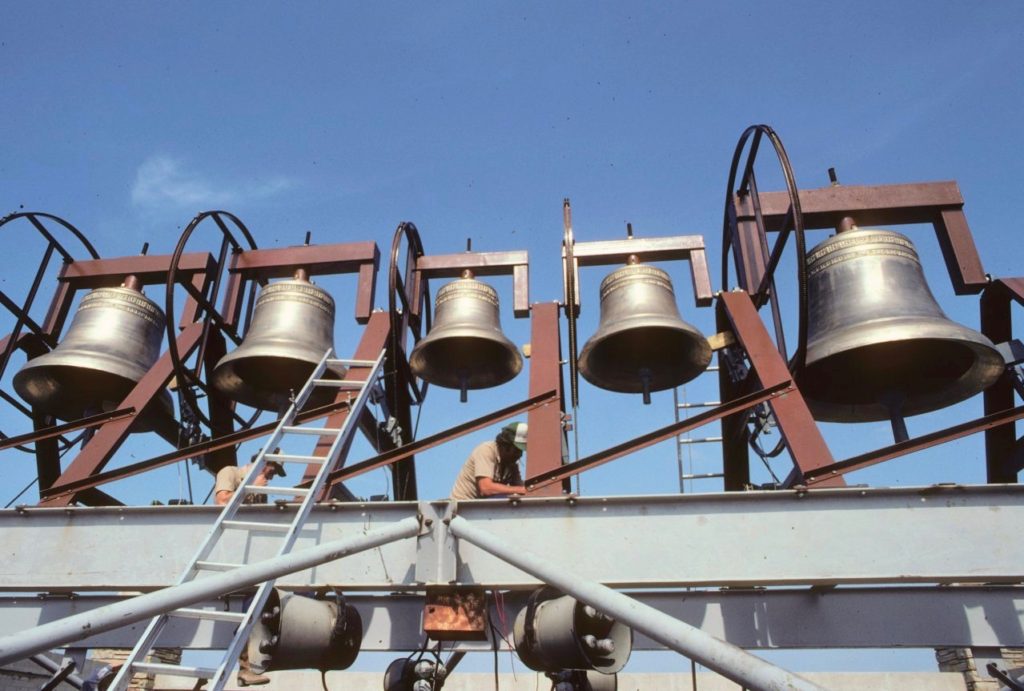 The bells located on top of the central tower of the sanctuary were installed in 1981. The bells were a gift to St. Stephen from the Amon Carter Foundation in memory of Amon Carter, Sr. The bells were cast in December of 1980 by the Eijsbouts, Ltd. Bell Foundry located in Asten, Holland.

Made of bronze, the bells consist of an alloy of 18.5% tin, the reminder being pure copper. Each of the five bells is fitted with an inside clapper for ringing by freely swinging the bell, as well as with a stationary hammer for ringing the hours and for tolling during which the bells remain stationary while being struck from the outside. The weight of these five bells is 12,081 pounds.

For the hour and quarter-hour strikes, this system is capable of ringing the traditional Westminster Chime or a chime based on the plainsong melody of the traditional Te Deum chant.

In addition to the automatic time-clock controls, these bells are controlled can be controlled from the Sanctuary Organ console, a remote control, and from the central control room.

This is not a carillon. It does not replicate melodies other than the two previously mentioned. It is designed for the bells to swing freely, each at its own pace, providing a joyful amalgamation of sound reminding the hearer of the presence of God’s church in their midst.

Listed below is the musical pitch, bell name, weight, and inscription for each bell: