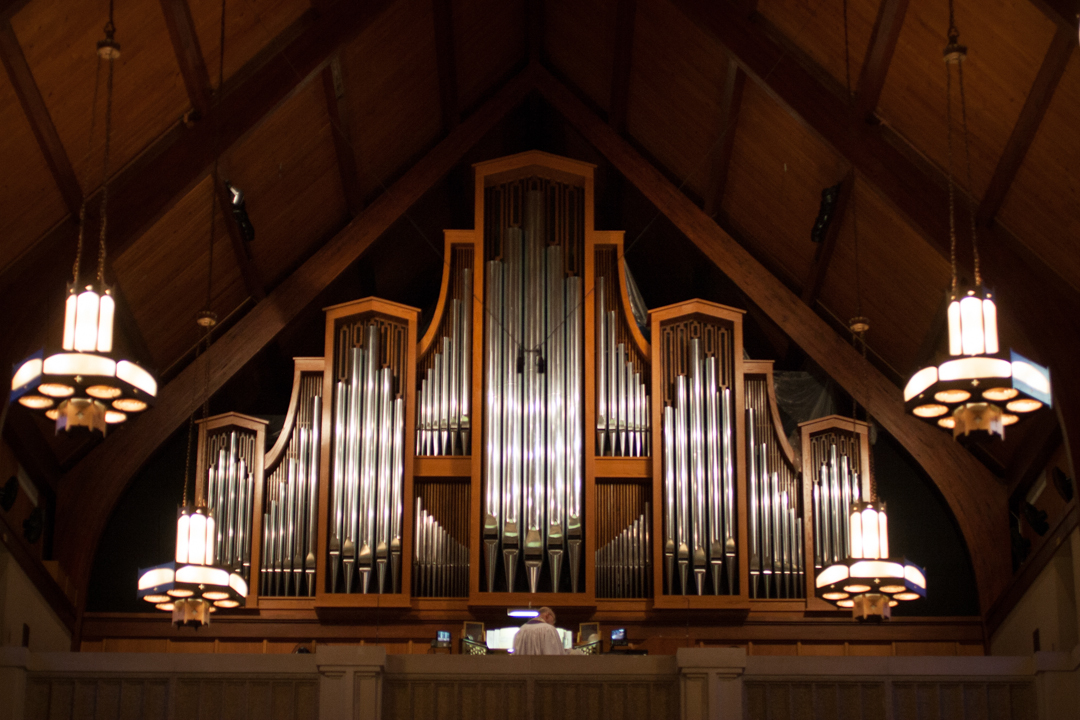 in the Parish Hall (Outside if you are brave!)

MICHAEL T. BRITT, a Baltimore native, began piano studies with Gwendolyn Logston. At age 12, Michael entered the Peabody Preparatory School where he studied piano with Joyze Sutherland, James Warthen and organ with Gretchen Benchoff. In 1979 Mr. Britt entered the Peabody Conservatory of Music where he studied organ with Dr. Paul L. Davis and Improvisation/Sacred Music with Arthur Rhea. He graduated with a Bachelor’s Degree in Organ Performance having been the recipient of the Richard L. Phelps Award and a three-time recipient of the Richard Ross Award for organ.  In 1980, Michael became the Associate Organist at the Shrine of the Little Flower and in 1981, was appointed Minister of Music where he served for nearly 26 years.

As well as being a frequent recitalist of classical organ literature, Michael is a performer of theater organ music and is in demand throughout the country as a silent film accompanist, performing for chapters of the American Theater Organ Society and at the Region III-American Guild of Organists Convention in Baltimore.  He has been featured on Maryland Public Television and other televised presentations on the theater pipe organ and Maryland’s Free State Theater Organ Society. In 1998, Michael was invited to perform at Baltimore’s, Senator Theater, where he accompanied five silent films for the National Film Registry Tour which was sponsored in part by the Library of Congress.

From July, 2006 until June, 2012, Michael was Director of Music at St. Margaret Roman Catholic Church in Bel Air, Maryland.  He is now Minister of Music at Baltimore’s historic, Brown Memorial Park Avenue Presbyterian Church, where he conducts the choirs and plays on one of E. M. Skinner’s vintage organs.  He is also on the faculty at the Community College of Baltimore County and serves as Assistant Organist at Beth-El Congregation. Mr. Britt has performed an organ recital in Notre Dame Cathedral in Paris.  This is Mr. Britt’s tenth appearance as part of the St. Stephen Presbyterian Church Special Series.