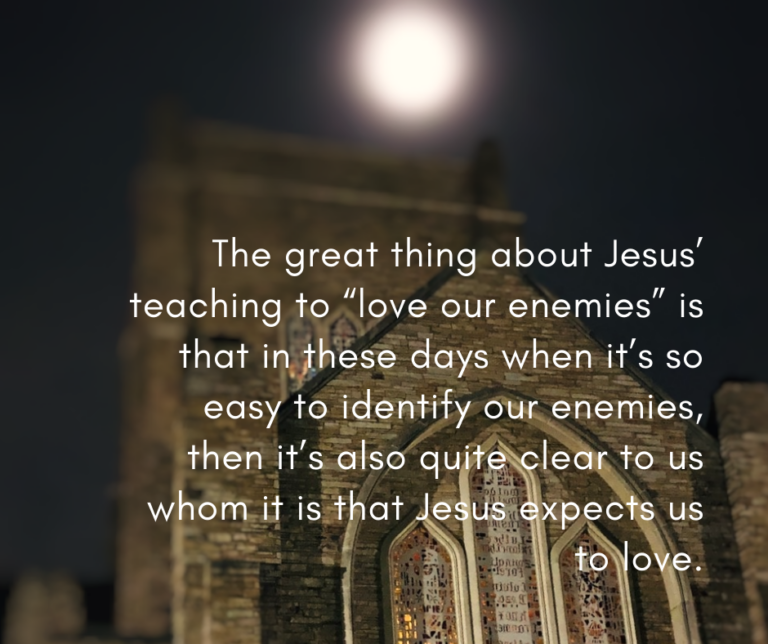 “People are like stained – glass windows. They sparkle and shine when the sun is out, but when the darkness sets in, their true beauty is revealed only if there is a light from within.”–Elisabeth Kubler-Ross, American Psychologist, 1926-2004

And so now the whole thing has devolved into partisan bitterness, name-calling, bullying, refusal to shake hands and tearing up copies of speeches. At this point while everyone is claiming the moral high ground, no one is actually showing much evidence of it. In our marvelous quote for today, the late grief psychologist Elisabeth Kubler-Ross says that “People are like stained – glass windows. They sparkle and shine when the sun is out, but when the darkness sets in, their true beauty is revealed only if there is a light from within.” But those in positions of power in our government right now, and those who are aspiring to those positions, seem to be nothing more than pitch black unlit churches at midnight, claiming to represent hope but having no light inside—no actual hope at all.

Our word from the Apostle Paul today couldn’t be more timely:

Yet among the mature we do speak wisdom, though it is not a wisdom of this age or of the rulers of this age, who are doomed to perish. But we speak God’s wisdom, secret and hidden, which God decreed before the ages for our glory.

Our political leaders often frame their positions as representing a Christian point of view, as if they carry the imprimatur of Christ in their political scheming. Paul’s words are a harsh reminder to them—and to us—that it isn’t wise for us to put our trust in “the rulers of this age”. “They are doomed to perish,” Paul says. Likewise, our political ideologies, or as Paul calls them “the wisdom of this age,” is “doomed to perish.” The political expediency of this moment will not last. The political ideology that might win the day may be good in the moment but it, too, will perish, if only because this age itself will perish.

All of this is actually good news though. In fact, it’s the good news at the heart of Paul’s preaching. All of these things that seem like matters of life and death, that feel to us like either the only hope to save humankind or else the edge of apocalypse, all these things that feel to us as if, if things don’t go our way, we’re doomed—well, they’re not. They are neither the ultimate salvation of humankind nor the beginning of the end. The truth that really matters, the truth that is eternal and unchangeable, the truth that not only stands above the fray but also pronounces judgment on it, is the Gospel—Jesus Christ and him crucified.

So all of these controversies that seem like they are matters of eternal consequence—well, they aren’t. We have a light in us, friends, the light of the Gospel of Jesus Christ. It is a gospel of love, compassion, justice, and mercy; it is a gospel of God’s redemptive power that assures us that there are eternal things, things that are larger than the controversies of the moment, things that are larger than the hype that surrounds every new revelation or new idea, eternal things that are of God and they are at work on the earth. These eternal things need to shine out of us like light in a dark world, as if this church, St. Stephen, which we sometimes call “The City set on a hill,” set in the middle of Tarrant County at the darkest part of night with all its lights on so that the beauty of our windows can be seen for miles around, shining a hope that is eternal to all our neighbors that there is a better way—a larger hope—a kind of good news that is eternal and unchangeable and available to everyone. Good news that can only be from God.

So let’s just start, simply, with how we shine that light. To begin with, we need to let go of looking at our present partisan position as if it is the only truth that will save the nation. It isn’t. You have the absolute right to your political views and an absolute right and even obligation to advocate for your political position. You have the absolute right to argue that it’s a Christian position, and let’s hope you do see it that way, because it is to be expected and hoped that people of faith use their faith to inform their politics. How could we not? Our faith lays claim to our whole selves, and of course that includes our politics.

But friends, do not mistake your politics for the light that shines in the darkness, because it isn’t. Our political positions are like the grass that is here today and tomorrow is thrown onto the fire. If you aren’t sure of that, then think about it: ten years ago, even if you were affiliated with the same political party, did you have exactly the beliefs you do today? And ten years from now, they’ll change again. The grass that is here today tomorrow is thrown onto the fire.

It’s vital that we understand this, because what is most corrosive in our present political moment is our light and dark thinking. There’s a museum in Jerusalem called the Shrine of the Book. This is where many of the Dead Sea Scrolls are kept; if you recall, these are the documents of the Essenes, a Jewish monastic community that existed at the time of Jesus. The Shrine itself is half black and half white because it represents the thinking of the Essenes, who were apocalypticists. They believed a war of the end-times was coming and that there were people who were on the side of the light—namely them—and people who were on the side of the dark—namely whomever they disagreed with. Because it was a war waged in the name of God, their enemies were identified with Satan and so it was okay to hate them, because they were enemies of God.

That’s exactly the way we start to think when we start to believe our earthly political perspective is actually an absolute truth and God’s light to the world. We become apocalypticists, who believe that this isn’t simply an election, or that wasn’t just an impeachment, it is a war between good and evil, between the dark and the light. That means that for us, certain people are satanic; and other people who align with them, including our friends, our neighbors, our family members, our fellow church-goers, the people we play golf or tennis with, are also somehow either filled with darkness themselves or else being duped by the darkness because they’re not very bright.

Friends, the Essenes are long gone, almost by accident wiped out by the Romans during the sweep of the Dead Sea countryside when the Romans defeated the Jewish rebels at Masada in 73 AD. And the Romans, who proclaimed the Eternal City, once the rulers of the world, are long gone, too. The grass withers, the flower fades, but the Word of the Lord stands forever. Those who believe that their truth is an eternal truth are but a moment. Serving some political ideology is not what brings light to the world. Serving Jesus Christ is what brings light to the world.

It is I hope clear that since Jesus teaches us to love our enemies, we are not serving Christ when we’re making enemies or making fun of our opponents or treating them with disrespect. Even if they’re doing it to us, there’s nothing Christian or godly about doing it in return. That’s just letting our darkness so shine among people that they may see our bad works and give more glory to their own points of view.

What are good works? Treating our political opponents with respect and compassion is a good start. The great thing about Jesus’ teaching to “love our enemies” is that in these days when it’s so easy to identify our enemies, then it’s also quite clear to us whom it is that Jesus expects us to love. We do well to remember that we aren’t engaged in apocalyptic warfare against the servants of darkness but rather in an earthly disagreement with people like ourselves made in the image of God and redeemed by the cross of Jesus Christ, and therefore deserving of respect, dignity, equal treatment, and compassion. That good old biblical rule that seems to have endured through all other changes of history and ideology remains quite applicable: “Do unto others as you would have them do unto you.” If they do something to you that you don’t like, then make sure that you don’t do it to them, but do the opposite, what you wish they’d have done to you. That’s how we follow that commandment.

There is one final thing that our scriptures direct us to, a universal that has stood the test of time but which also is the continual uncomfortable test of every society and political ideology: how we treat our poor. We read it right here in Isaiah:

Is not this the fast that I choose:
to loose the bonds of injustice,
to undo the thongs of the yoke,
to let the oppressed go free,
and to break every yoke?

7 Is it not to share your bread with the hungry,
and bring the homeless poor into your house;
when you see the naked, to cover them,
and not to hide yourself from your own kin?
8 Then your light shall break forth like the dawn,
and your healing shall spring up quickly.

Perhaps the biggest lies we tell ourselves are about how well our political ideology treats the poor. But the fact is that we’ve had all sorts of ideologies elected into office over the course of our nearly 250 years as a nation and the problems of the poor remain troubling and unsolved. The plain truth is that no political ideology does enough. And that in the meantime you and I are still called to minister to those who are poor and in need, regardless of which way the political winds blow. A huge piece of the light we share with the world is the way that we practice compassion, kindness, support, and solidarity with those who are in need.

There is a song we all know well: “They will know we are Christians by our love.” It seems more than anything in these days of partisan divide and bitterness, that needs to be our theme song. God’s love is the light that shines in the darkness. Let that love shine in our lives, and it is God who will be glorified, and by God’s grace, the wounds of our nation might begin to be healed, as well.