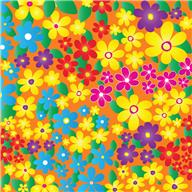 1. “Let’s Explore Diabetes with Owls” – David Sedaris (2013, Little, Brown and Company) Sedaris is one of my favorite writers.  He is a frequent contributor to “The New Yorker,” and a skillful wordsmith as well as a wonderful humorist.  The title is an example of his humor.

2. “The Curious Incident of the Dog in the Night-Time” – Mark Haddon adapted Simon Stephens (Methuen Drama)

The author speaks through the voice of the main character, a child, verbalizing the thoughts of that child.  It becomes apparent that the child suffers from some kind of autism.  The author has spent his career studying these conditions and working with  adults and children so afflicted.  He is cleverly able to give the reader a look into the inner workings of this particular child, “Christopher.”  It is a great, informative read.  Although the subject matter is quite serious, you will laugh out loud at the predicaments in which Christopher, his family and friends find themselves.  It immediately draws the reader into a world of extreme logic, often perilous to a given situation.  I think any teacher would benefit from reading this book that maps the thought process of people with autism.

3. “More Praise for the Undertaking” – Thomas Lynch (W. W. Norton and Company, July 1997, July 1998) Norton is a gifted poet who makes his living as an undertaker.  It is a series of essays about different people, their life and their death.  It is an insightful and often poignant look at life from one who deals with death.

4. “Titanic-The Most Complete Story Ever Told” – Matthew Vollbrecht (e-book only)

As an indefatigable Titanic fan, I gobble up all things Titanic.  This is a quick read and includes the knowledge accumulated since the wreck was found updating and correcting many aspects of the tragedy.

This little book offers insight into this great American personage.  Historically, Franklin was one of the seminal leaders who helped establish, shape and form the United States.  It covers time prior to the Revolution and after it.  His writing style is a bit flowery, but so was the age, powdered wigs and all.  After only a few chapters, I had the distinct impression of a highly intelligent man who outwardly eschewed praise and credit but in fact let the reader know just how important he was by disclaiming credit and praise for event after event.  This made it a fun read as well as a vivid picture of the fragility of the young country.  We owe much to Franklin and his pals!

This was a reread almost 50 years after I read it in elementary school.  It was interesting to see how my impressions about Thoreau and other transcendentalists have changed from a half-century of living.  The courage to be different at that time made for a lonely life but one which found purpose and fulfilment in that loneliness–worth a reread.

7. “Undaunted Courage: Meriwether Lewis, Thomas Jefferson and the Opening of the American West” –

Stephen E. Ambrose (Simon and Schuster, 1997-paperback)  Do not miss reading this book.  It is a vivid look at the idealism that helped fuel the settlement of our country and offers insight into how America lives and works today.  As always from Ambrose, it is beautifully crafted and full of factual information. I had trouble putting it down and felt a pang of remorse when I read the final page.

8. “The Adventure of English: The Biography of a Language” – Melvyn Bragg (Arcade Publishing, 2011-paperback)

I love words!  Studying etymology and learning about the evolution of the English language provides me a continuing source of entertainment.  This is an ‘owner’s manual’ for the English language.  Countless words in every day usage have the most interesting, some fantastical, origins.  Anyone interested in language, particularly English, will find this fascinating, enjoyable and informative.  Highly Recommended

English classical scholar and poet A. E. Housman’s best-known cycle of poems, “A Shorpshipe Lad,” (published 1896) written after the Boer War but it was not until the Second Boer War (1899-1902) that it became a best-seller.  Later, World War I increased its popularity further.  All 60+ poems are short reflections on mortality and a search for lost youth; not the happiest subjects however Housman is able to ‘paint’ each poem with his beautiful, spare poetry.

Stop laughing.  This is a reference book for writers based on the guidelines standardized by The Associated Press.  It is not meant to be read from cover to cover, so that is what I did!  Organized in alphabetical order, a writer can discover that ‘roentgen’ is a standard measure of X-ray exposure; and ‘baba ghanoush’ is a Middle Eastern dish of pureed roasted eggplant with tahini, lemon juice and garlic; and that ‘Mary Quant’ is a British designer of miniskirts.  Now, where else would you find that information!  I can guarantee you that you will learn a lot with this book.

I saved the best for last.  I really did lose sleep with this book.  Spanning approximately 70 years, it is a very detailed and fascinating study of the connections between U.S. presidents from Theodore Roosevelt through Barack Obama.  It is a story about a very exclusive group or ‘club,’ and how each of these men related to each other; how they both trusted and mistrusted yet, in the end, how most all supported the other living members.  In this day of a deadlocked body politic, I found this read an encouraging picture into the office of U. S. President and just how vulnerable and human each president is.  I learned more about the office of U.S. president from this book than any other.  It is a long book and I read it in 2 continuous days and a good part of each night’s reading!  READ THIS BOOK! Highly Recommended